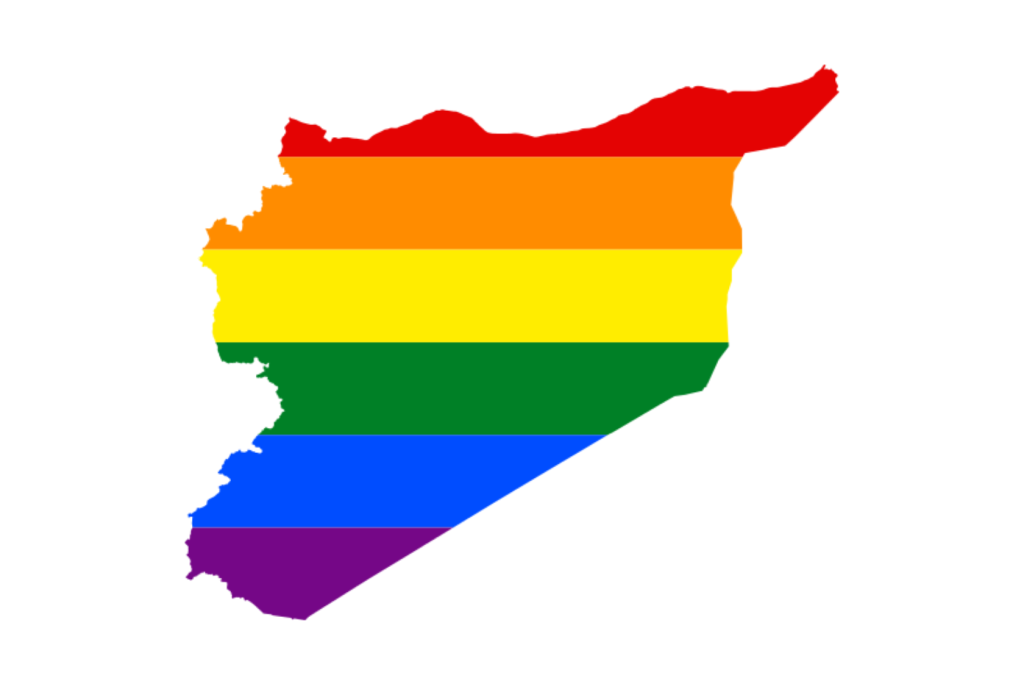 Globally, the LGBTQI community faces stigma, discrimination, and acts of persecution. For those in the Middle East and North Africa (MENA), these challenges aren’t just constructed from cultural and community factors but enforced and exacerbated by law. In the Syrian context, Articles such as 520 in the penal code criminalize homosexuality, condemning those found guilty with prison terms of up to three years. The conditions of imprisonment constitute humiliation and torture, furthering human rights violations.

While the Syrian conflict and the ensuing refugee crisis, where millions fled violence and destruction to civilian life, have been widely covered by the media, perspectives of the LGBTQI demographic have largely been underreported. This community faces amplified risks of imprisonment and abuse to an extent where the cycle of persecution and systemic homophobia has been allowed to continue. Even if one can evade imprisonment, openly identifying as LGBTQI in Syria is likely to result in social exclusion, ex-communication, or forms of torture.

However, in de facto areas such as north and northwest Syria, where Hay’at Tahrir al-Sham rule (a group linked to the Nusra Front), being “outed” is more likely to result in execution—usually by shooting or being pushed off a tall building. Often, in these cases, the families of the murdered will “accept” the death as an honor killing or crime to preserve status and reputation within their community. These extreme consequences have only resulted in the silencing of Syrian LGBTQI voices.

This repression has also had a detrimental effect on the accessibility of aid for LGBTQI community members and allies at risk. The isolation of their lived experience has cultivated a gap in information and understanding around the Syrian LGBTQI context. Consequently, humanitarian aid hasn’t reached a capacity in which the specific needs of this marginalized population are met.

The gap gained prominence in recent years thanks to those who found asylum in more LGBTQI “tolerant” countries—such as Canada, the European Union, and the United States—where greater opportunities are available to share experiences (even if only anonymously) of the abhorrent treatment received due to gender identity or sexual orientation. Although these voices are still a minority representation of the wider Syrian LGBTQI community, they are paving the path to recognition of LGBTQI issues in MENA.

One such voice is “Locked,” a gay man and Syrian LGBTQI activist. Whilst living in Syria, he received incessant security pursuits, calls for investigation, harassment, and surveillance. Even more harrowing were two instances of kidnappings and torture he endured in 2016 and 2018 due to his secular views. Luckily, there wasn’t enough evidence to convict or execute Locked, but these encounters did leave him in a hospital ICU and in constant fear for his life—just for being himself.

Sharing experiences like Locked’s has brought validation to the experiences of many. As a result, the Syrian LGBTQI community has begun to see the formation of safe online support spaces, more referral channels, and the development of organizations dedicated to their specific needs  One such organization is the Guardians of Equality Movement (GEM). Founded on September 14, 2021 by Locked and a group of Syrian LGBTQI human rights defenders, activists, and refugees with lived experiences of these issues, the organization is committed to improving the lives of LGBTQI people in Syria and throughout the Syrian diaspora.

GEM is one of the first nongovernmental organizations and civil society originations (CSOs) to focus wholly on this specialized field. Their work focuses on social and diplomatic change, as they understand the problem is stratified and cannot be treated with generalized solutions. Their work goes beyond emergency aid, possessing a holistic approach to protection services, with endeavors in advocacy and human rights research to create sustainable and positive change. The organization talks of cooperation with political actors, communications on local and international levels, and contributions to the evolution of available information in the humanitarian industry.

The leading message from the organization is that sexuality and gender identity shouldn’t be a factor in how deserving someone is of equal rights and the right to life. GEM has clear plans for change, with one of its main aims being to promote LGBTQI representation in Syrian public affairs, politics, and civil society. An anonymous founder of GEM explains: “To prevent an escalation of the situation, we must plant the seeds of change now. Having no direct or indirect representation presently does little for the defense of LGBTQI rights, which need to be secured and decriminalized for the safety and futures of LGBTQI communities.”

GEM also focuses on localized advocacy, which aims to break down systemic stereotypes and stigmas to change the cultural and social perceptions of LGBTQI in Syria and prevent further discrimination and violence. Its advocacy also includes creating safe online spaces for beneficiaries and a wider network of activists, organizations, and interested parties to bring attention to LGBTQI voices and open referral channels. Providing a platform for validating experiences contributes to the availability of information for humanitarian purposes, which is another main aim of the organization. Human rights and research is one of the three pillars of GEM’s integrated services alongside advocacy. Collecting data, conducting exploratory and specialized research, and producing reports and publications for circulation help not only advance and tailor support for GEM’s beneficiaries, but for all across the industry.

The final pillar of GEM’s services is holistic protection, which works to provide a more comprehensive selection of prevention, response, and empowerment services. Additionally, urgent security grants, capacity building, cash-based assistance, case management, legal counsel, gender-based violence services, prevention of sexual exploitation and abuse, mental health psychosocial support, and referrals are just some of the components to this integrated approach, which forecasts the provision of more sustainable support over a wider base of humanitarian sectors.

What makes the emanation of GEM special is its work to protect LGBTQI individuals and communities who are most at risk and its extension of its beneficiary base to include activists and allies (they include those who are trying to instigate social, cultural, and diplomatic innovation for the group). This evolved and inclusive form of humanitarianism is one to keep an eye on.

Are the winds of change arriving for the Syrian LGBTQI community? The presence of the Guardians of Equality Movement and other organizations and groups like it are a promising indicator for renewable development and, as their mantra states, “solidarity in the face of inequality” is certainly a catalyst for people pushing for change.