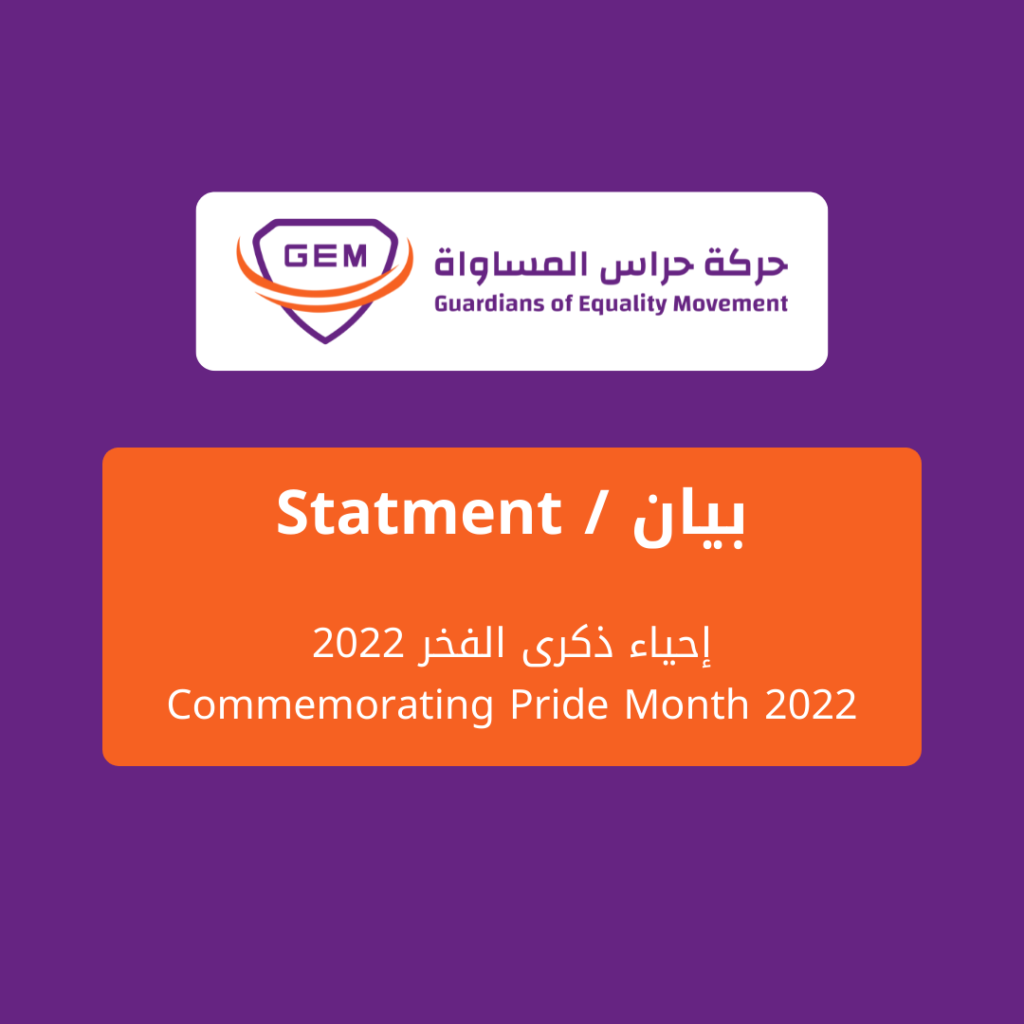 Every year in June, Pride Month is celebrated to recognise the impact that lesbian, gay, bisexual, transgender, and questioning individuals have made in local, national, and international settings. This month, celebrations include pride parades, picnics, parties, workshops, symposia and concerts, and LGBTQIA+ Pride Month events attracting millions of participants worldwide. Memorials are held during this […] 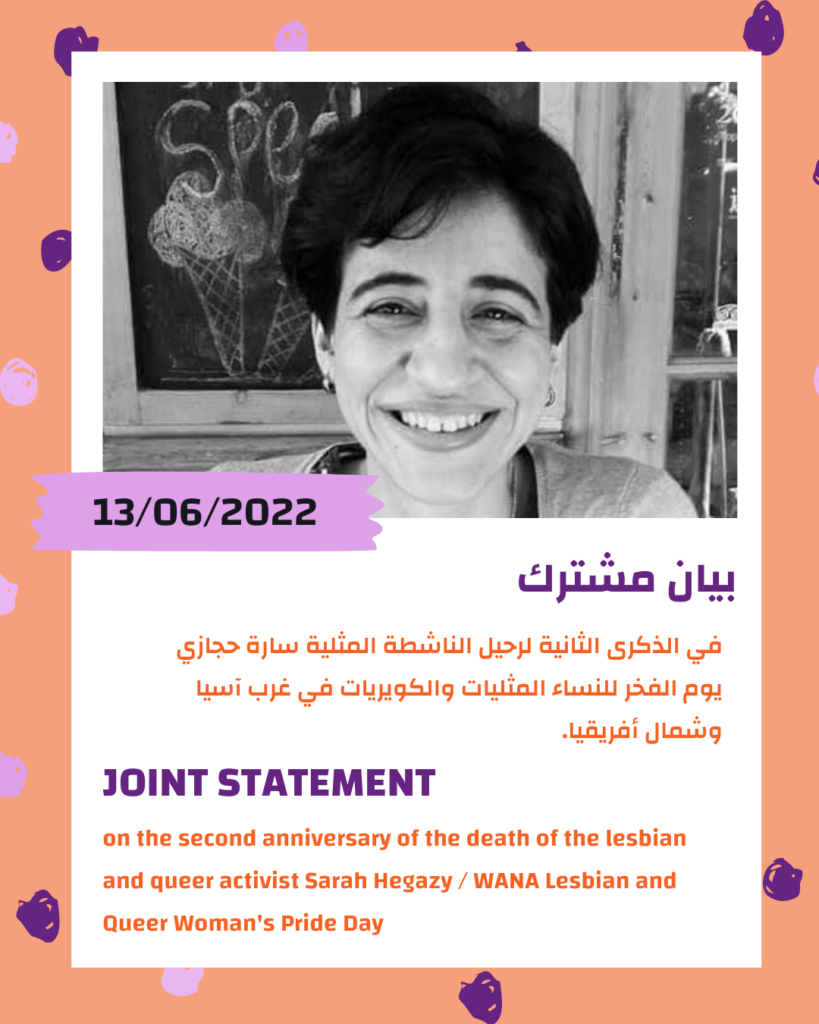 Background: Sarah Hegazy was an Egyptian lesbian and queer political activist. In 2017, Sarah was detained for three months and tortured in prison after her public appearance at Mashrou’ Leila concert in Cairo, a band in which the singer is openly gay, waving the pride flag that symbolizes the LGBTQI+ community around the world. As […] 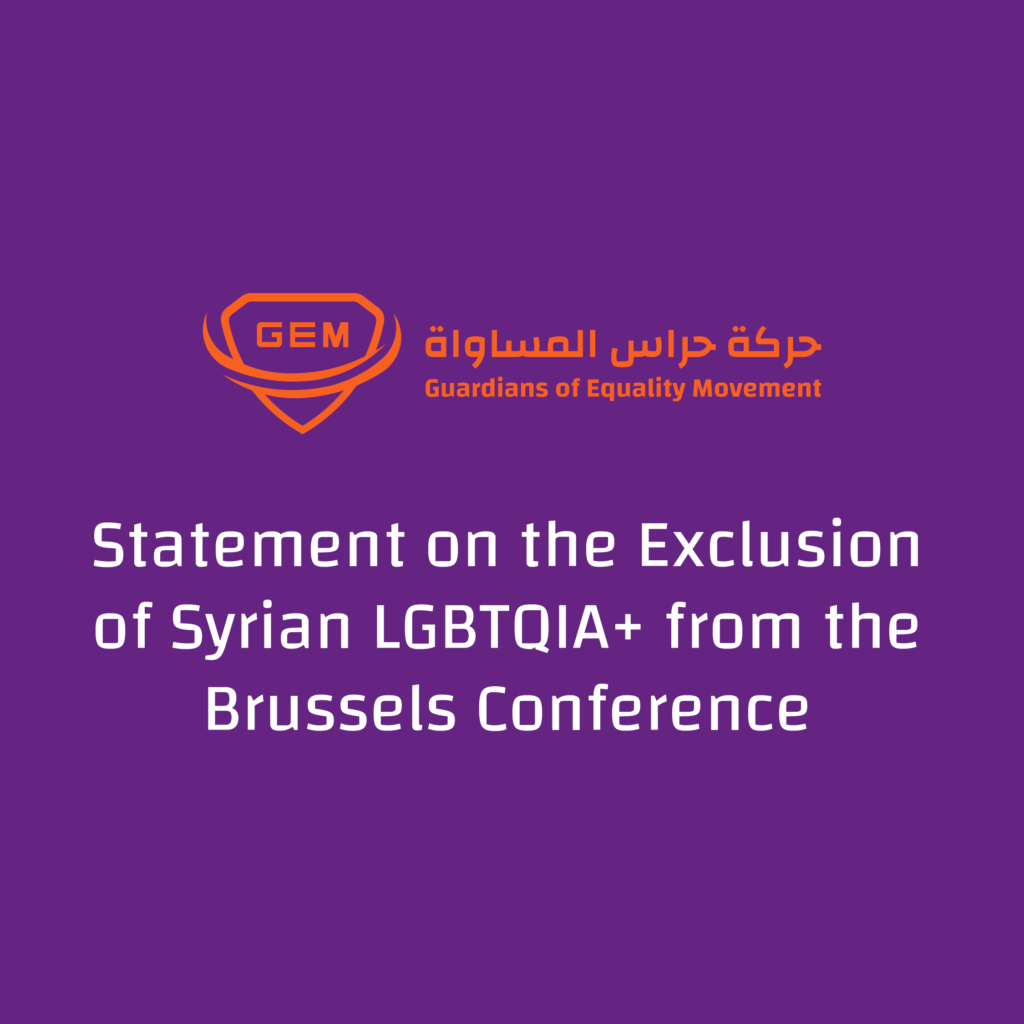 The crisis in Syria has affected millions of people both economically and politically, with losses affecting hundreds of thousands.  Such crises highly impact the most vulnerable groups, including minorities and LGBTQIA+ individuals. The LGBTQIA+ community has continually faced discrimination on a social and political level in Syria, and were one of the first communities to […]